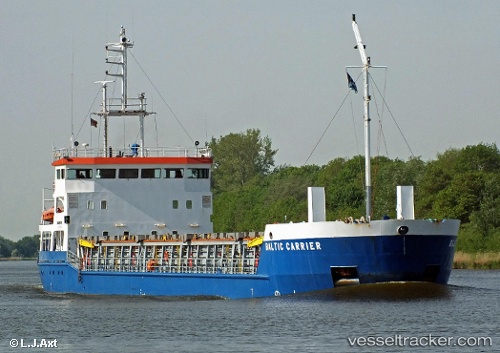 The captain who grounded the "Baltic Carrier" on Sep 24, heavily influenced by alcohol, near Hittarp north of Helsingborg with seven men on board has been sentenced to 100 daily fines which he, however, does not have to pay. The reason was that he has been in detention for so long that it should be set off against the fine.

The captain of the 'Baltic Carrier' which ran aground off Helsingborg on Sep 24 was now being charged with gross negilgence in sea traffic and drunk sailing. He was datained the day after the accident and arrested later that week. According to the indictment, the man must have been severely affected by alcohol and fell asleep at the helm. In interrogations, the man stated that he slept for more than 20 minutes when he steered the ship with a crew of seven on board. He was also charged with gross negligence in traffic as he had failed to pay attention at sea and in communication with the Swedish authorities. The man refuses a crime.

In the night of Sep 27, the 'Baltic Carrier' could be pulled off with the help of three Danish salvage vessels and was towed into the port of Helsingborg. The ship had been resting on sandy bottom in a calm situation so the hull was not breached. The 45-year-old Russian captain was arrested earlier that day for the suspicon of gross negligence in sailing. After the grounding, he had 0.37 milligrams of alcohol per liter in the exhaled air. He stated to have steered the ship safely but then fell asleep. It was unclear how long he slept. In a police questioning, he said that the nap lasted for more than 20 minutes, a statement he later took back. The man refused a crime. The defense believed that it was an accident and that the measurements of the captain's alcohol content must be incorrect. According to the captain's statement, he had not drunk more than one or two beers seven hours earlier that day, when he was out of service. The "Baltic Carrier" left the port again on Oct 1 at 4.45 p.m. and headed to Lidköping with an ETA as of Oct 2, 10.30 a.m. Swedish reports with photos: https://www.nsd.se/nyheter/grundstott-lastfartyg-har-dragits-loss-nm5215756.aspx https://www.sjofartstidningen.se/baltic-carrier-drogs-flott/