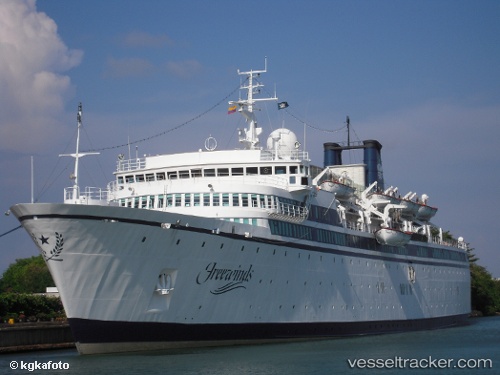 All 28 remaining passengers of the "Freewinds" left the ship in Curaçao on Ma 14. No infection has been reported since measles was detected on April 28. The maximum time for a new case of measles has now also passed. After a measles case was detected, the ship initially remained in quarantine on the island of Saint Lucia. On May 11 it docked again in the port of Curaçao, the base of the cruise ship. All 318 persons on board were checked there and 41 people were allowed to go. On May 12 it was decided that the rest could go; except for 28 people.

28 peolple to remain in quarantine

Authorities have ordered 28 people to remain in quarantine on the "Freewinds" after a measles outbreak to allow further tests. uthorities on Curacao have declared 290 crew and passengers on board the Scientology cruise ship measles free but warned, a question mark still hangs over 28 others. 17 crew members and 11 passengers had to remain in isolation until at least on May 13 when the 12 incubation period for the disease was officially over. The authorities decided to extend the quarantine period for the 28 because they are still at risk of contracting measles from a Danish crew member who were tested positive on April 29. The rest of the 318 people on the ship were free to leave, as they were not a threat to anyone anymore, and they could not become sick anymore. The health authorities in Curacao had acknowledged the "Freewinds" for its strict isolation protocol, which effectively contained the illness to a single case and prevented it from spreading to others. The ship was previously quarantined in St Lucia before being turned back to Curacao, where it has been grounded since May 4. Doctors took blood samples from 277 who did not have proof of vaccination and sent them to the Netherlands. The female crew member who was infected had been in Europe and arrived April 17 in Curacao with cold symptoms. She was tested for measles, but had already left for St Lucia by the time the results came back. Officials in Curacao then alerted the government of St Lucia. Report with photos: https://www.news.com.au/travel/travel-updates/incidents/more-bad-news-for-scientology-cruise-ship-freewinds-quarantined-after-measles-outbreak/news-story/66d49d4e4b04bbb88c4a949d97d1c9ef

After more than a week in quarantine due to a measles case among the crew, the passengers of the "Freewinds" belonging to the Scientology organization were expected to be allowed to disembark on May 8 in Curacao. The approximately 300 passengers can leave the ship as soon as the result of blood tests is available. The ship arrived on May 1 from Curaçao on the island of St. Lucia. As a female crew member fell ill with measles, local authorities quarantined the ship. All crew members and passengers were forbidden to go ashore. In the night of May 3, the "Freewinds" left St. again and returned to its home port Curaçao. In the meantime, around 260 passengers who have not been proven to have vaccinated against measles or who have already had the disease, have given a blood sample. They will now be examined in the Netherlands, and on May 8 the result is available.