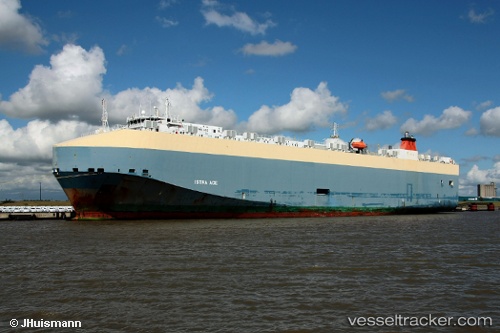 The city of Los Angeles on Apr 20, 2018, sued the owners and other parties associated with the "Istra Ace", in which faulty piping allegedly caused an oil spill in the Port of Los Angeles on March 13, 2016 that covered more than 70 acres and took 23 days to clean up. The Los Angeles Superior Court lawsuit names as defendants Istra Maritime Ltd; the vessel’s owner; Stamco Ship Management Co., the ship’s managing operator; and Mitsui Osk Lines, which chartered the vessel The suit seeks civil penalties under the state Fish and Game Code as well as an injunction preventing the companies from engaging in future activities that violate the state Health and Safety Code. Representatives for the companies could not be immediately reached. The suit stated that a worker on another barge fueling the "Istra Ace" saw a sheen on the water near berth 197. The gloss turned out to be oil that covered more than 70 acres in the north basin of the port, the suit states. The release impacted the shoreline of several marinas, pier pillings, dock floats, boat slips and boats. A line of oil formed at high-tide and stuck to many marina structures, according to the complaint. The discharge happened after inboard piping failed during the Istra Ace refueling, the suit states. Clean-up crews were deployed and the extensive cleanup operation lasted for 23 days. The discharge was so heavy that it was still uncertain how much escaped, the suit states. The U.S. Coast Guard investigation estimated that about 265 barrels worth of oil was discharged into San Pedro Bay, but the state Department of Fish and Wildlife believes the leak was much larger, the suit states. The USCG concluded the failure of the fuel pipe at the starboard bunker station caused the leak.

Recreational boaters at the U.S. Port of Los Angeles have been tweeting with the hashtag #WilmingtonLivesMatter to raise awareness of adverse affects they say they are experiencing as a result of a bunker spill that was linked to Mitsui O.S.K. Lines, Ltd. (MOL) vessel Istra Ace in March, local media reports. "There is still oil in the water. Yes the port has been cleaning underneath the big docks with big pressure washers [but] there's oil on the bottoms of three-quarters of the boats," said Morgan E. Griffin, who keeps boat at the Wilmington docks, adding that fumes resulting from the bunker spill have been present in the air. "We haven't had any elected officials down here at all [but] there have been two gentlemen down here from insurance. They're trying to reach out to the people now." On March 25, a number of boaters are said to have met in Wilmington to discuss proper handling of cleanup efforts, as well the liabilities of the vessel owner, and the responsibility of civic leaders in addressing concerns raised by the affected boaters. http://shipandbunker.com/news/world/626562-bunker-spill-response-sparks-twitter-backlash

The bunker spill in the Port of Los Angeles caused by the "Istra Ace" may have been caused by faulty piping on board the ship. The USCG had originally believed that the spill was caused by a hatch on the vessel that was not made water tight during the bunkering operation on Mar 13, but the initial investigation has shown that the spill resulted from faulty piping on the vessel. While it was still unclear how much oil was involved in the spill, oil has been observed in the Cerritos Channel close to berth 212, and across the east basin to berth 192. The responsible party has contracted the National Response Corporation Environmental Services, as well as other sub-contractors to aid in the clean up of the spill. They were continuing to clean with sweepers and sorbent pads in the affected area and also any affected shoreline, as well as deploy resources for removal of contamination from vessels, docks, pilings and other structures. A safety zone was established to restrict recreational and commercial vessel traffic in order to expedite clean-up efforts and prevent contamination. Operations at the Commodore Schuyler F. Heim Bridge have been halted temporarily as a result of the spill, preventing vessel traffic from transiting under the bridge. Report with photo: http://shipandbunker.com/news/am/885552-uscg-says-faulty-piping-the-suspected-cause-of-la-bunker-spill