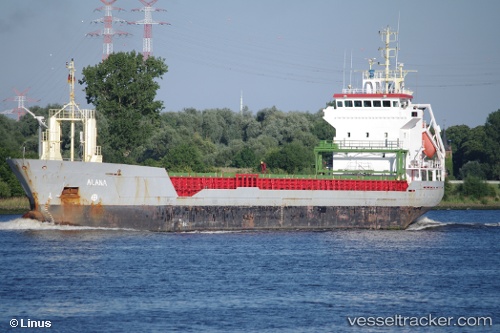 The "Kamelia" got out of control twice, while maneuvering in the port of Szczecin on Aug 23, 2017, at 5.40 p.m. The ship was coming from Swinoujscie and intended to dock at the Hungary Quay. During a turning manoever at the height of the Babina Pond, a steering gear failure occurred probably due to an electronic failure, which resulted in turning the ship perpendicular to the fairway and out of the waterway. After the shtuation was mastered, the vessel continued the journey. At the height of the Cement Quay, another failure of the rudder occurred. The ship hit the Cement Quay with the bulbous bow, suffering damage. The docking manoever of the the ship was now assisted by two tugs and it was safely moored at the Hungarian Quay. An investigation was launched. In addition, the Maritime Office in Szczecin conducted a Port State Control inspection after previously repairs of the steering gear and a hull inspection by the classifier were carried out. The PSC inspection did not reveal any contraindications for further shipping. By Aug 28 the ship remained, however, in port. Polish report with photos: http://www.gs24.pl/strefa-biznesu/wiadomosci/z-regionu/a/nietypowa-kolizja-wszczecinskim-porcie-statek-zderzyl-sie-z-nabrzezem,12422242/