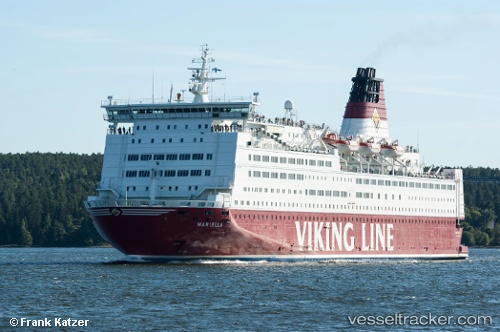 Corsica Ferries has purchased the 'Mariella', it was confirmed on May 12, 2021. Corsica Ferries already operates former Baltic ro-pax cruise ferries, and the ferry, due to be renamed 'Mega Regina' was expected to join the Corsica Ferries fleet later in May following minor refurbishment and modifications in order to debut for Corsica Ferries at the end of June. She served the Helsinki-Mariehamn-Stockholm route which has been suspended in the wake of Covid-19 and is actually berthed at the Katajanokka Quay in Helsinki. Viking Line has spare capacity to replace the 'Mariella', the most likely candidate being the 'Viking Cinderella', which normally operates Stockholm-Mariehamn-Stockholm cruises. In 2022, the Helsinki-Åland-Stockholm ro-pax cruise ferry 'Amorella' also becomes available when replaced by the new 'Viking Glory'.