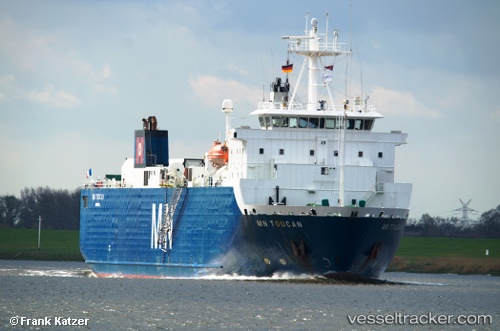 The release under judicial supervision of the two men suspected in a case of cocaine trafficking in Fort-de-France was being debated. The General Prosecutor's Office of Fort-de-France appealed to the Cassation against the decision of the Court of Appeal of Fort-de-France to release two Guyanese, indicted on March 24 by the specialized Interregional Jurisdiction (Jirs) for drug trafficking. The men, suspected of having organized cocaine trafficking by placing magnetic cases under the hull of the 'MN Toucan', were arrested and placed in detention on March 17. After 72 hours in police custody, due to the impact of the COVID-19 epidemic on the functioning of justice, their detention was extended without the intervention of a judge. The defense of the two indicted appeals and obtained from the Fort-de-France investigative chamber their release under judicial supervision at the beginning of April. The defense argued for arbitrary detention. This appeal was not registered by the registry until the beginning of May. The hearing would not be expected before mid-July.

Condor Ferries has announced its plans to support freight customers and guests in the coming weeks following the incident on 14 July when COMMODORE CLIPPER made contact with the sea bottom in the Little Russel en-route to Guernsey. Following a worldwide search, the company has secured a charter freight vessel to continue to keep the Islands connected and supplied while Clipper is in dry dock until 26 August. The vessel will operate on the route between Portsmouth and Guernsey, allowing Commodore Goodwill to be primarily focused on servicing Jersey, also calling at Guernsey as required. The plan is for ‘MN TOUCAN’, a ro-ro cargo ship, to begin by collecting empty trailers in Guernsey on Tuesday morning (29 July), before returning to Portsmouth that evening to collect full trailers for the Island. The company has also launched a dedicated Twitter feed (@clipperupdate), which will keep itsfreight customers updated with the latest movements of the TOUCAN and its freight-only ship ‘COMMODORE GOODWILL, and on-going updates with the works underway on Clipper.

on Aug 6, 2011, at 2.45 a.m. the "MN Toucan", which was coming from Le Havre and was sailing Weser upstream, while passing the berth of the passenger and vehicle ferry "Lemwerder 2" (IMO: 1179968) created such a suction and swell that the four mooring lines of the unmanned ferry broke and caused it to drift towards Vegesack Harbour. Here the ferry collided with a fishing vessel moored there and damaged the mast of it. Also the ferry was damaged and had to be pushed back to the shore by another ferry. After the "MN Toucan" had berthed at warehouse 24 in Bremen at 3.30 a.m., investigations were launched by the water police in Bremen against the captain of the ro-ro ship which was suspected to have been too fast.