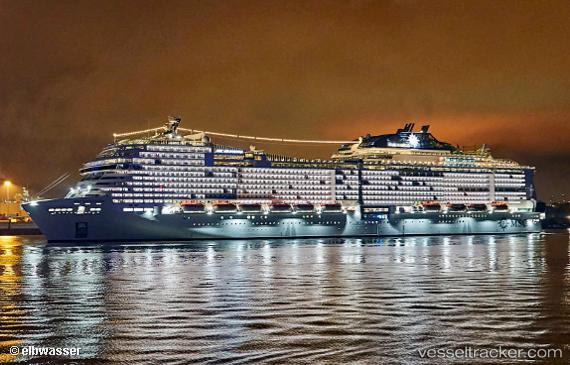 On Feb 16, 2021, a passenger of the 'MSC Grandiosa' tested positive for COVID-19. The ship left Genoa on FEb 14 on a seven-day cruise. The passenger who tested positive for the virus was isolated, as was his wife who tested negative. The close contacts of the couple were promptly traced, who were in turn isolated and tested. The contacts tests were negative and remain on board in isolation. MSC had made arrangements with facilities in Palermo where the couple was transferred into one of the facilities that the company has reserved. The two guests disembarked in the morning of FEb 17. The 'MSC Grandiosa' continued on with its regularly scheduled itinerary. The ship performs week-long cruises in the Mediterranean with stops in Civitavecchia, Naples, Palermo and Malta. This was the fourth cruise of the year.

Sailings from Germany and France halted due to pandemic restrictions

MSC Cruises announced on Nov 5 that, given the prevailing pandemic situation in France and Germany with significant travel restrictions for guests from these countries, the further sailings of the 'MSC Magnifica' will be temporarily halted. The suspension has consequences for the sailings from November 8 to December 18. France and Germany are two main hubs for the ship's sailings in the Eastern and Western Mediterranean, with destinations in Italy, Greece and Malta. In the meantime, the 'MSC Grandiosa' will continue and extend its current sailings until next year. The ship will operate its current 7-night voyages in the Western Mediterranean, visiting destinations such as Genoa, Civitavecchia, Naples and Palermo, Italy, and Valetta, Malta, through March 27, 2021. In addition, the 'MSC Grandiosa' will now apply the newly activated measures under MSC Cruises' existing and comprehensive operational health and safety protocol, including: • Additional onboard test for all guests mid-cruise (in addition to the existing universal pre-boarding test for all guests) • The number of tests of all crew members during their time on board will be increased from twice a month to weekly (in addition to a pre-embarkation test for all crew members and other ongoing health monitoring measures) • Sanitary facilities on board are being cleaned more often, especially public areas and frequently touched contact points • Tightening of the definition of close contact for investigative purposes, this will be shortened from 15 minutes to 10 minutes

The 'MSC Grandiosa' docked at Valletta Cruise Port in the morning of Oct 16, 2020, but was not allowed to disembark passengers by the health authoirties after a suspected case of COVID-19 on board. The Maltese health authorities did not grant permission for passengers to be able to come on shore, and the ship left Valletta port. Enroute to Malta from Palermo, the ship's captain had notified the Maltese authorities of a suspected COVID-19 case on board. The case has not been confirmed yet because further tests were being done. The cruise ship was not given clearance to disembark its passengers by the Maltese health authorities. It was allowed to dock in Malta on what is a technical stop to take on supplies and continued with its voyage. The ship left Palermo on Oct 14. On Oct 18 it docked in Genova.