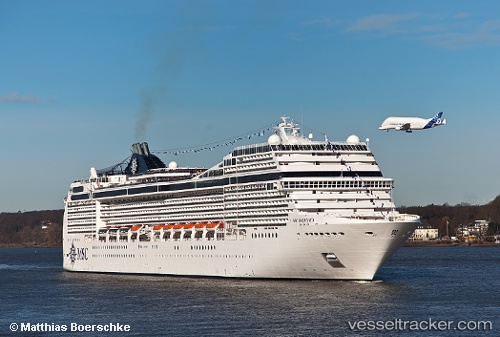 Medevaced passenger not infected with COVID-19

A sick German passenger which disembarked from the "MSC Magnifica" in sri Lanka on April 6 has been tested negative for the corona virus. She will, however, have to stay one week in a hospital in Colombo until she has recovered. The ship had berthed in the port for bunker and supplies after the patient had been medevaced off shore and taken to the National Hospital of Sri Lanka in Colombo and treated in the intensive care unit. Meanwhile she was stabilized and transferred to normal care. MSC Cruises was in contact with her son and the German embassy in Colombo for a repatriation of the woman after her release. Also among the remaining 1700 passengers of the "MSC Magnifica" were no infections with CODID-19 reported. The ship was actually headed to Suez, ETA April 14.

A female German passenger of the 'MSC Magnifica' who had fallen ill, disembarked from the ship in Colombo, Sri Lanka, on April 6. The ship had left Fremantle end of March and anchored off Colombo to be equipped with fuel and provisions for the further transit. Also a Sri Lankan cook was allowed to disembark on this occasion.

The 'MSC Magnifica' carrying 1,771 passengers and 928 crew members was on its way to Europe. The health situation on board was announced as normal. To date, there was no suspicion of coronavirus. The ship, however, will not be able to use Dubai as a repatriation hub. At the beginning of last week, MSC Cruises hoped to be able to disembark the passengers of the ship whose arrival was scheduled for April 5 there in order to bring them home by chartered plances. But as the situation is changing day by day the position of local authorities does it too. Faced with the development of the epidemic in the Middle East, the United Arab Emirates decided on March 25 to close their ports, including that of Dubai. The 'MSC Magnifica' therefore has no other choice now than to reach Europe, where it will have to find a port. In order to prepare for this long voyage back to the Mediterranean, which will take two to three weeks and will be non-stop other than possibly technical, the ship has to fill up with food and fuel. That’s why it was waiting for several days near Perth and got supplies for the transit, which he started on March 29. The company took advantage of the extended presence of the liner in Australia to offer passengers a return by plane. But faced with the uncertainties in air connections currently, and the fact that the vessels's sanitary situation is nominal, most of the guests preferred to stay on board.