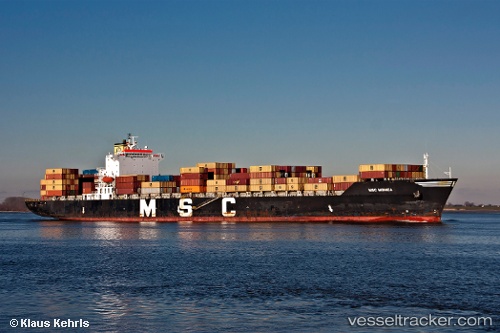 On Jan 23 the tugs "Ocean Bravo" (IMO: 7025279), "Ocean Tundra" (IMO: 9645504), "Ocean Ross Gaudrault" (IMO: 9542221) and "Phil D" (MMSI: 316008562) assembled at the grounding site at 8.30 p.m. and were able to refloat the vessel with the high tide. The "Ocean Tundra" remained on standby while she headed towards the Grondines wharf, where she will be inspected in deep water. Damage, however, seemed to be minimal. If the ship passes the inspection, it might be able to resume its journey to Quebec, where a thorough examination could take place if necessary. French reports and photos: http://www.sympatico.ca/actualites/nouvelles/regions/mauricie-centre-du-quebec/msc-monica-operation-de-renflouement-reussie-1.1639002 http://ici.radio-canada.ca/regions/mauricie/2016/01/23/002-renflouement-navire-echoue-deschaillons-centre-du-quebec-garde-cotiere.shtml http://www.shipspotting.com/gallery/photo.php?lid=2397759 http://www.shipspotting.com/gallery/photo.php?lid=2397786 http://www.shipspotting.com/gallery/photo.php?lid=2397419

The Coast Guard approved a salvage plan for the "MSC Monica" on Jan 22 that was to empty a part of ship's ballast water to lighten it and then pull the ship back into the channel using two tugs. The authorities hoped to that an attempt could be untertaken to pull the ship off in the night, but the operation had be postponed as the tide was not suitable.

Boxship aground on St. Lawrence River

The "MSC Monica" ran aground in the morning of Jan 22, 2016, on the St. Lawrence River near Deschaillons-sur-Saint-Laurent, between Bécancour and Lévis. The ship had left Montreal at dawn and headed for Saint John. At 8 a.m., it encountered a rudder failure, got out of the fairway and ran aground near the shore. The Coast Guard dispatched an ice patrol helicopter to check the ship's condition. No spills were reported. French reports with photos: http://www.lapresse.ca/le-nouvelliste/actualites/201601/22/01-4942645-un-porte-conteneurs-sechoue-vis-a-vis-deschaillons-sur-saint-laurent.php http://fr.canoe.ca/infos/quebeccanada/archives/2016/01/20160122-115946.html http://ici.radio-canada.ca/regions/mauricie/2016/01/22/003-navire-echoue-deschaillons-sur-saint-laurent-sainte-anne-de-la-perade.shtml http://www.cbc.ca/news/canada/montreal/grounded-ship-deschaillons-sur-saint-laurent-1.3416556