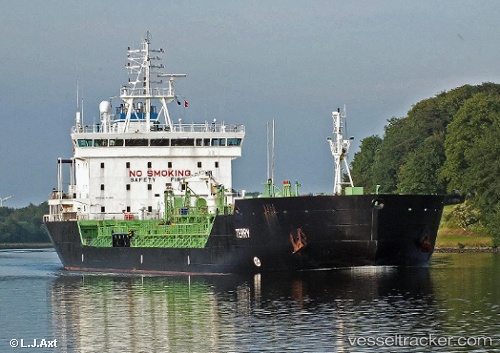 A BAC of 1.9 was not enough to send the Russian captain of the "Terry" who in March sailed the tanker aground at Drogden, north of the Øresund link, into jail. Intead he was fined to pay 6,500 Euro and has to work as mate or engineer for one year. The captain was not imprisoned because his BAC was below 2.0. However, he was so drunk that the officers who had arrested him on board the tanker, did not dare let him use the rope ladder. The tanker had been heading for Riga in ballast whhen it ran onto a sand barat Nordre Røse on Mar 23 with such a speed that it had a draft loss of one meter. The police officers found 24 empty beer cans and empty wine containers of two liters in the master's cabin. The captain insisted then that the empty package came from a party two weeks earlier. He admitted, however, that he had been drinking a little wine the night before the grounding to celebrate his birthday. The reason why the ship ran aground according to the captain was that he mistook Nordre Røse Guy with Drogden l/h.

Russian master will have to pay a penalty

The Russian master who was at the helm when the "Terry" went aground at North Roese on Mar 22, will have to pay a penalty if he is convicted of drinking on watch. The blood sample taken from the captain after the accident showed that his blood alcohol was somewhat below the two, as the breathalyzer test had showed before. The indictment mentionrf a BAC in excess of 0.5, causing the prosecutor to ask the captain to be sentenced to a fine and the disqualification to lead ship of one year. The captain, who has denied that he was drunk, explained that the visibility was fine, but that he confused North Roese with the Drogden lighthouse. The Danish authorities found 24 empty beer cans and empty containers of two liters of wine in cartons in the captain's cabin. The captain admitted in court that he had drunk a little wine the night before the accident to celebrate his birthday. The rest of the alcohol, was, according to the captain's statement, consumed during an earlier visit on board the ship. The case against the captain will be addressed at the Copenhagen City Court in autumn.