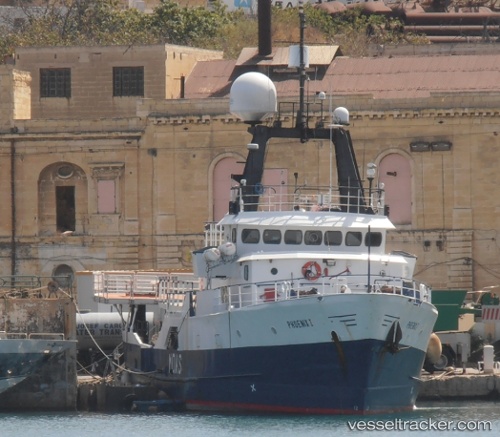 The "Phoenix" that has plucked tens of thousands of migrants from the Mediterranean Sea is shifting operations to South East Asia to help Rohingya refugees fleeing violence in Burma. The Migrant Offshore Aid Station, announced the decision on Sep 4, 2017, after Pope Francis had called for an international response to help the Rohingya Muslims. It would provide aid on the Burma-Bangladesh border where a deadly exodus was unfolding. The “Phoenix” began operating in 2014.

41 hours after being overwhelmed with the number of migrants who needed to be rescued from the central Mediterranean, the "Phoenix" has been given assistance by a SeaEye Organisation ship and a Tunisian fishing boat, enabling it to head north to disembark migrants on Apr 16, 2017. Between 1,500-1,800 migrants were rescued from nine boats since the morning of Apr 16. Seven were found dead in a dinghy. The ship has been involved in the ongoing rescue and assistance of nine boats, carrying an estimated 1,500-1,800 children, women and men between them. Having taken 453 people on board throughout the day, and with the "Phoenix" at capacity, the Moas crew were left supervising over 1,000 people still crammed on the remaining boats into the night as they waited for assistance to arrive. As darkness fell weather conditions began to deteriorate and the situation became increasingly delicate. The "Phoenix" and its crew kept watch throughout the night and day, making sure that all those involved in this mass rescue remained safe. They were still conducting operations with a new boat contact spotted in the early morning. Report with photos and video: https://www.timesofmalta.com/articles/view/20170416/local/moas-rescue-1500-from-nine-boats-in-24-hours.645307

More than 3,700 migrants rescued at sea in Mediterranean

Italy's coastguard attempted to rescue more migrants in the Mediterranean Sunday after nearly 3,700 were picked up trying to reach Europe Saturday alone. Italian coastguards said 3,690 migrants were rescued Saturday without giving details of Sunday's ongoing operations. Coastguards coordinated the rescue of a record 3,791 migrants on April 12 and another 2,850 the following day. Saturday's operations in the Mediterranean involved four Italian coastguard vessels, two Italian navy ships and two customs boats, as well as four cargo ships and tugs, as well as the Migrant Offshore Aid Station (MOAS) ship MV Phoenix . The Italian frigate Bersagliere took 778 migrants on board while the patrol boat Vega plucked another 675 from the water. French patrol boat Commandant Birot, which was sent last week to boost the EU's Operation Triton patrols dealing with the influx of migrant boats, also picked up 219 people off the coast of Libya Saturday.