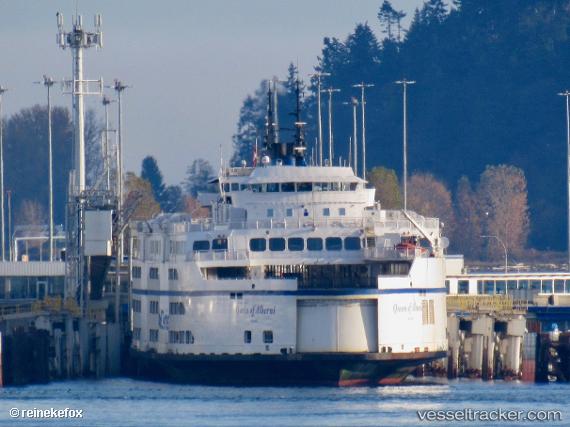 The 'Queen of Alberni' was sidelined at Duke Point due to mechanical issues on Jan 18, 2020. As a result, the vessel was 45 minutes behind schedule as the crew needed to investigate and resolve an issue with one of the vessel's clutches. The ferry's departure from Tsawwassen and the subsequent return from Duke Point were affected by the issue.

B.C. Ferries cancelled two sailings between Duke Point and Tsawwassen on Dec 28, 2019, due to mechanical difficulties with the 'Queen of Alberni'’s engine fuel pump. The 10:15 a.m. departure from Tsawwassen and a 12:45 p.m. sailing out of Duke Point were cancelled. The vessel was an hour and 45 minutes late leaving Tsawwassen for the 3:15 p.m. sailing, the next scheduled departure following the cancellations. The company expected the ferry to arrive in Duke Point shortly after 7 p.m., meaning the 5:45 p.m. sailing to Tsawwassen wpould also be significantly delayed. Passengers with reservations will receive full refunds, or be accommodated on a later sailing where possible.

Ferry delayed due to mechanical issue

On May 21, 2019, the "Queen of Alberni", sailing on the Duke Point-Tsawwassen run, was an hour behind schedule due to a mechanical issue. Engineers were working to fix the problem. Some B.C. Ferries sailings were delayed in the morning with ticketing problems at the Swartz Bay terminal at both the vehicle and foot passenger booths for Salt Spring Island, the Southern Gulf Islands and Tsawwassen.