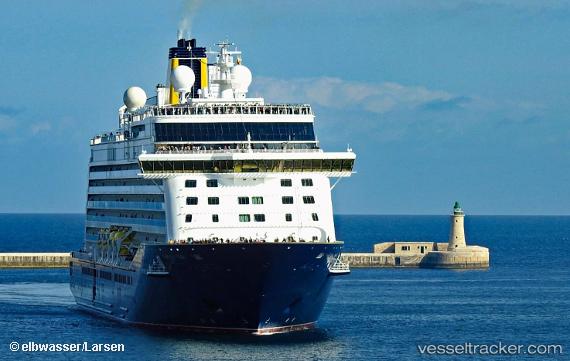 On Dec 20, 2021, the CCS Finisterre of Salvamento Marítimo coordinated the medical evacuation of a 73-year-old English passenger with a broken femur from the 'Spirit of Discovery'. The cruise ship was en route from Southampton to the port of Leixões. The Helimer 204 helicopter was mobilized, which took the patient off. At the Alvedro airport, an ambulance was waiting to transfer the injured to a hospital.

Cruise ship with norovirus cases refused to dock in Gibraltar

The 'Spirit of Discovery' was due to dock in Southampton in the morning of Feb 12, 2020, with at least 89 passengers on board who were suffering from diarrhoea, vomiting and fever. A Gibraltar government spokesperson stressed that these symptoms were not those of coronavirus, but it was believed they were struck down with norovirus. On Feb 9, the authorities in Gibraltar had turned down a berthing request by the ship, which has been cruising around Italy and Spain. The vessel, which has 868 passengers and 513 crew on board, was told to continue its journey back to Southampton without stopping.

On Jan 11, 2020, the 'Spirit of Discovery' requested the medevac of an injured passenger 65 miles off Finisterre. An 88-year-old woman had to be evacuated by helicopter after falling aboard the ship which was 65 miles off the Galician coast in the morning. The accident was reported to the MRCC of A Coruña at 08.10 a.m. From there, the Helimer 401 helicopter was mobilized to the ship and arrived on scene at 9.50 a.m. The patient was hoisted and taken to the airport of A Coruña in Alvedro, where an ambulance was waiting, which had previously been notified to transfer the woman to the University Hospital Complex of A Coruña. The cruise ship was enroute from Southampton to Funchal.