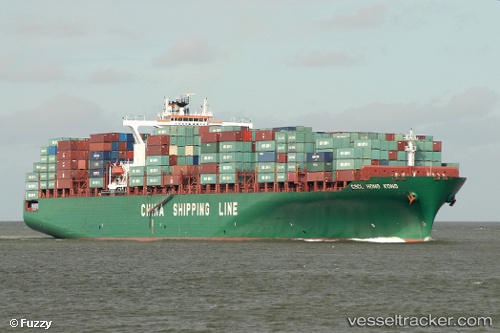 The Polish Foreign Ministry reported that the crew members of the 'Tonsberg', who were captured by the pirates on Dec 13, 2021, in the Gulf of Guinea, have been released on Jan 17, 2022. One Polish sailor who was among the hostages has already returned home.

On Dec 13, 2021, the Danish fregate 'Esbern Snare' received information suggesting that there may be an active pirate group around the island of Bioko. The frigate set off in the direction of the possible pirate group, and sent the helicopter in advance to observe. As the helicopter approached, it received a Mayday signal from the 'Tonsberg', which was boarded by pirates in pos. 03 11 N 007 49 E, while en route from Kribi to Cotonou in the Gulf of Guinea. The helicopter crew saw a skiff on the side of the ship, and a number of suspected pirates and six hostages aboard the skiff. The people on the skiff threw objects overboard, apparently to be able to sail faster, and then set course for the north and the Niger Delta with the hostages on board. The Seahawk helicopter followed the skiff for a while at a safe distance so as not to endanger the hostages. The helicopter then returned to the 'Esbern Snare' which is not allowed to pursue pirates in national waters. During this phase, the 'Esbern Snare' received a message that there were several crew members on board the container ship, and that one crew member was injured by gunshot wounds to the lower leg. No pirates were reported on the container ship, so a boarding team was dropped off on board the ship to provide first aid. The wounded man was later taken aboard the 'Esbern Snare' to receive medical attention. The person's condition was stable. The boarding team continued to work aboard the container ship, providing support and searching for two crew members who were missing after the incident. The crew consisted of Polish, Ukrainian and Filipino nationalities.