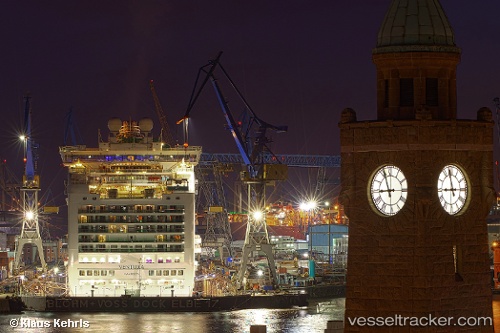 The 'Ventura', en route from Praia Da Victoria to Southampton, sufferd a main engine failure and went adrift in pos. 49 45 08 N, 004 30 44 W, about 30 nautical miles southeast of Lizard Point on Feb 6, 2022, at 6.40 p.m. UTC. The defect was rectified within a short time, and the shi was ready to continue the voyage at 6.45 p.m. The vessel confirmed no further faults with the main engine and was underway short past 8 p.m and arrived on Southamptn on Feb 7 at 6.50 a.m. The cause of the initial defect was still unknown with investigations underway.

The 'Ventura diverted to Brest to medevac a sick British passenger on Nov 24, 2021. The ship had departed from Southampton at 7:00 p.m. on Nov 23 with 2,160 passengers and 1,083 crew on board en route to Madeira, when the ship's staff was notified of the situation. The 'Ventura' was then off the coast of Brittany and moored at the repair dock n° 1 around 2 p.m. It resumed the voyage at 3:30 p.m. The patient was taken care of by the emergency services, who arrived on site by ambulance.