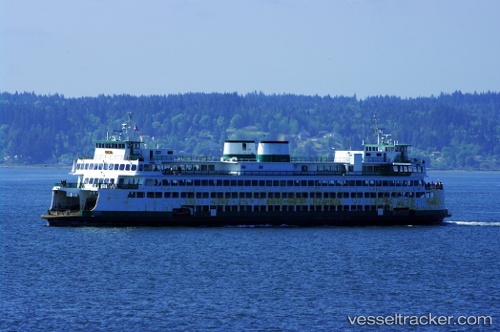 The Washington State Ferry "Hyak" will sail one final time in the night of June 30, 2019, from Seattle to Bremerton. The ship has been operating for nearly 52 years. It's final day of service is June 30, with its last scheduled sail at 9:05 p.m. There is no legislative finding in the state transportation budget to operate the vintage vessel.

The Washington Department of Transportation took the "Hyak" out of service in the afternoon of Aug 22, 2018, in Bainbridge Island for urgent repairs. The ferry was being used as a relief ship on the run from Seattle to Bremerton or the Anacortes-San Juan Island run. The ship needed urgent engine repairs which caused canceling of sailings in the San Juan Islands and no service to Sidney, BC, from Aug 23 to Aug 29.

The "Hyak" was withdrawn from the Seattle-to-Bremerton run for a few hours in the morning of May 10, 2017, after she allided with Seattle's Colman Dock. The incident occurred as the ferry was docking just before 8:30 a.m. WSF inspectors looked at the ferry and found just minor damage. They loaded up a run for Bremerton and made it across Puget Sound, docking there just before 9:30 a.m. However, upon notifying the Coast Guard of the hard landing, they were told to remain in Bremerton until the Coast Guard decides whether they wanted to inspect the ferry. The ship was allowed to return to service with the 11:10 a.m. run.