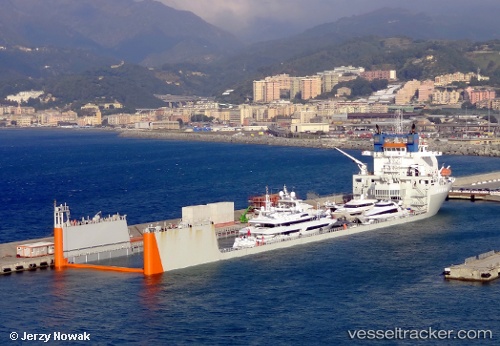 Dockwise Ltd has announced it has signed a letter of intent to sell its wholly-owned subsidiary, Dockwise Yacht Transport (DYT) to Coby Enterprises Corp supported by private equity and with participation of the existing management of DYT. Closing of the transaction is conditional upon market customary conditions. The proceeds of this cash deal will be disclosed upon completion of the transaction which is expected to take place during the next quarter. Following the disposal of DYT, Dockwise will be focused solely on its core Heavy Marine Transport (HMT), Transport and Installation (T&I) and Logistical Management activities. DYT is the world leader in the transport of yachts and leisure craft between premier sailing regions around the globe. Its main market among others is the annual transatlantic migration, in the second and fourth quarters of the year, of luxury yachts from Florida and the Caribbean to the Mediterranean and back. The company owns three dedicated vessels; Super Servant 3, Super Servant 4 and Yacht Express and offers both premium float-on / float-off and lift-on / lift-off yacht transportation services. DYT has long been operated independently from Dockwise and there was no significant overlap in customers or synergy with the remaining Dockwise fleet. D

Dockwise ships are shipping yacht fleets across the oceans

The "Yacht Express" pulled into Ft. Lauderdale Oct 24, 2011, with a record breaking cargo of yachts valued collectively at $270,341,000. The ship claimed its berth at Port Everglades and began the de-ballasting process that allowed sea water to flood its dock bay and 19 state-of-the-art luxury yachts to safely motor out the back. The largest of the vessels was the 190’ (57.91 meter) super yacht "Mi Sueno", which loaded on Yacht Express in Genova on October 6. It had just returned from the Monaco Yacht Show and will be attending the Fort Lauderdale International Boat Show, which starts October 27. Several of the yachts on the "Yacht Express" have shipped with DYT multiple times, including the 163’ (49.70 meter) "Casino Royale", the 160’ (48.78 meter) "Odessa" (four times each), the 161’ (49.09 meter) "Zoom Zoom Zoom" (seven times), and the 132 foot (40.24 meter) motor yacht "Miss Rose". The "Yacht Express" provides yacht owners with complimentary cabins for crew who accompany their yachts on the voyage. Docwise Yacht Transport has three more float-on/float-off voyages coming from the Mediterranean before year’s end, including one aboard the "Super Servant 4", which will arrive in Ft. Lauderdale Oct 28 from Palma de Mallorca, fully loaded with 24 super yachts totaling a value $190,000,000. Some of the yachts will offload in Port Everglades; then the ship will proceed to Newport, R.I., where it will once again fully load with 43 sailing and motor yachts bound for St. Thomas, USVI in time for the Caribbean sailing season. The total value of that cargo is approximately $70,000,000.