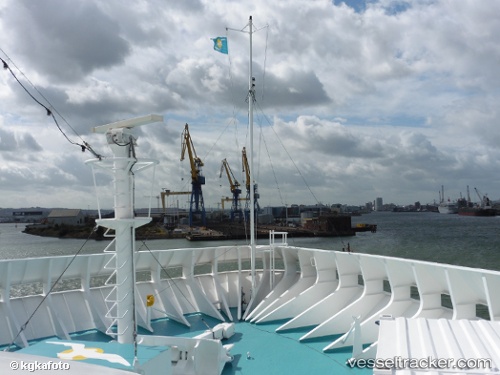 The port in Northern Ireland has committed GB£254m of investment to deliver new marine and estate infrastructure. Belfast Harbour’s investment is part of a 2019-2023 Strategic Plan to boost Northern Ireland’s economy. The plan focuses on increased collaboration and partnerships with key city stakeholders to drive growth and regeneration in Belfast’s waterfront area and has been unveiled alongside an outlook through to 2035. Belfast Harbour’s chairman, David Dobbin, said: “Over the next five years Belfast Harbour intends to invest £254 million in new Port and estate infrastructure and facilities. This major investment programme is really only possible because of our Trust Port status which allows us to reinvest every penny of our net earnings back into the business.” Belfast Harbour will upgrade its cranes and material handling equipment, install new ramps to accommodate larger vessels and build new storage facilities. Work will also begin on digital ‘Smart Port’ initiatives to provide greater automation and a new unified system to coordinate cargo and shipping communications.

Each of the four newbuildings contracted from AVIC Weihai Shipyard will offer a ro-ro capacity of 3,100 lane-metres, nearly twice as much as Stena’s existing vessels on Belfast routes, and will have provision for nearly 1,000 passengers.

Belfast marks 100 years since the launch of Titanic

Belfast is marking 100 years since the launch of the most famous vessel ever built at the city's shipyards -- RMS Titanic. Three years in construction at the Harland & Wolff shipyard, the Titanic sailed out into Belfast Lough on May 31, 1911. On April 15, 1912, the luxury liner advertised as "practically unsinkable" sank after striking an iceberg on its maiden voyage from Southampton,.