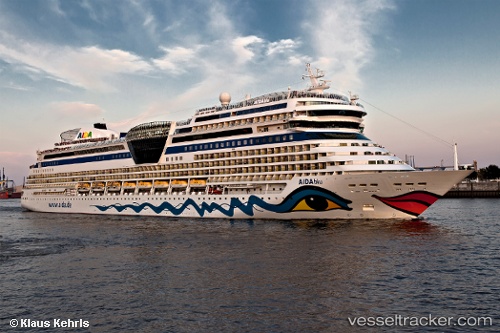 1,5 hours after the 'AIDAblu' had left the port of Piraeus towards Rhodes on June 22, 2021, at 4 p.m., the passengers were informed by the master Peter Schade that the ship had to return to the port due to a medical emergency which required the disembarkation of the patient. After he was dropped off at 6.45 p.m. for further care in a shore based hospital, the ship resumed the voyage with a delay of three hours and an ETA at Rhodes as of June 23.

Short after its departure from Corfu on June 6, 2021, the captain of the 'Aidablu' requested its return to the new port, because a 27-year-old crew member needed hospital treatment. After the ship had berthed again, the patient was disembarked and was picked up by an ambulance for transport to the General Hospital of Corfu. The cruise ship then resumed its voyage to Ostrando.

Passenger who broke coronavirus rules kicked from board

During a shore excursion organized by AIDA Cruises in Catania on Oct 20, a guest from the 'AIDAblu' left his travel group, violating the line’s measures for health protection and mitigation. He was not allowed to reboard, and AIDA helped organize his trip home. The incident occurred during the first cruise of the ship since the lockdown started in March. “As part of AIDA’s enhanced health and safety protocols to protect our guests, crew, and the communities we visit, only AIDA-organized shore excursions are possible for guests wishing to disembark at ports of call. All guests are made aware of this protocol before the cruise and again before their shore excursion starts,” the line said in a statement.