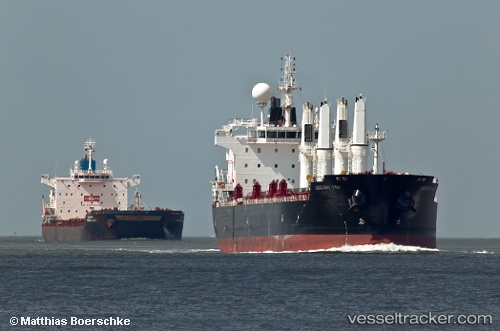 The Abu Dhabi Federal Court of Appeal adjourned hearing in an appeal by 10 pirates, who were sentenced to life imprisonment and deportation for hijacking MV Arrilah-I, to November 5. The court also ordered confiscation of all arms and ammunition used in the hijacking.Meanwhile, the court asked the Ministry of Justice to appoint lawyers to defend the ten pirates who were arrested in April last year by the UAE’s Anti-Terrorist Special Forces in coordination with the US Fifth Fleet and freed the ship and rescued its crew. The ship was coming from Australia to Jebel Ali when it was hijacked off the Oman coast.

Somalis said to have been forced to hijack ship

10 Somalis who hijacked the "Arrilah" were forced to carry out the attack, their lawyer has claimed. He told the Federal Court now that the men could not be held responsible for the attack because their boss, an Iranian man named Abdulmajeed, had threatened them with death if they did not take part. The men were offered jobs at sea but were surprised to find they would be working for the Iranian and were unaware of the tasks they were assigned to do. When their vessel crossed paths with the "Arrilah", the men were ordered to jump aboard and "when they refused they were threatened with death". The lawyer also denied the men had targeted those aboard the ship. "The case documents mention there were light weapons and RPGs. If their target was to get to the hostages hiding in the engine room, wouldn't the RPG be capable of bursting the door open?" Mr Al Othali said that as those aboard the "Arrilah "had been hiding in the engine room so that they could not identify their captors, and could not have seen what was happening on the rest of the ship. Mr. Al Othali complained that there was no medical report of the injuries allegedly suffered by those on board the the "Arrilah", while the ship's capsule, which is the equivalent of an aeroplane's black box recorder, had not been retrieved. The 10 Somalis were caught when counter-terrorism units stormed the ship in April 2011 after it was hijacked in the Arabian Sea, east of Oman, en route from Australia to Jebel Ali. The court is expected to issue a verdict on May 22, 2012.

Guarded by the UAE's Special Forces Unit, the "Arrilah 1" on Apr 5 docked at Mina Zayed with 10 of the pirates who hijacked it aboard. The pirates were handed over to the Interior Ministry pending trial. The vessel's crew members told of the ordeal that lasted 30 hours when the pirates took control of the vessels. The crew members hid themselves in a highly secured and well fortified ground floor cell at the engines room, thwarting the pirates' plan to take them as hostages. The pirates tried to get the crew members out of their stronghold by tossing hand grenades, shooting indiscriminately and setting fire in the engines to cut off the oxygen.