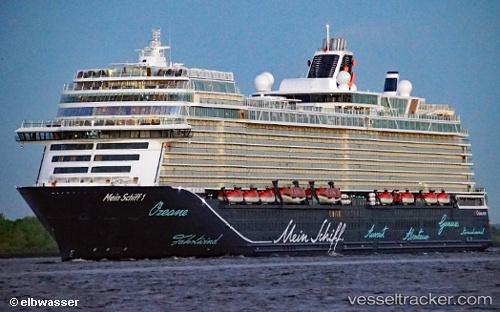 Shore trips cancelled due to protests in Colon

Groups in Colon have called for a two-day protest on Jan 7 and 8, 2020, to oppose government policies, and participants gathered in several areas across the city. The 'Mein Schiff 1' which berthed in Colon on Jan 7 was affected in a way that visits of passengers were suspended and all trips on shore cancelled. Some passangers had already disembarked between 7 and 7.30 a.m., but as the situation was deemed unsure it was decided to cancel the shore programme. Passengers who were underway were transported back to the ship with police escort. Several streets in Colon were already blocked at that time.

The US Coast Guard medevaced a 44-year-old man from the "Mein Schif 1" approximately 20 nautical miles east of Atlantic City. The ship had contacted the Coast Guard Sector Delaware Bay watchstanders at 10:20 a.m. reporting a crew member suffered abdominal pain and was in need of medical attention. Watchstanders launched a Coast Guard aircrew aboard an MH-65 Dolphin helicopter from Coast Guard Air Station Atlantic City. Once on-scene, the Dolphin aircrew hoisted the man aboard the helicopter and transported him to Coast Guard Air Station Atlantic City where emergency medical services were waiting. Report with video: https://coastguardnews.com/coast-guard-medevacs-man-from-cruise-ship-20-miles-off-atlantic-city-new-jersey/2019/10/27/