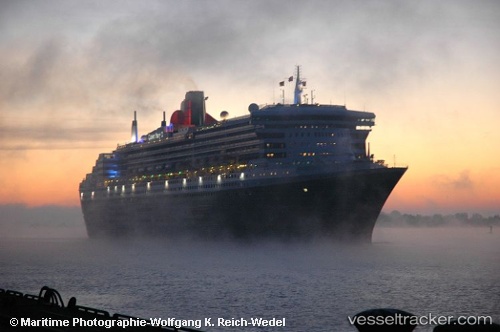 About 600 Filipino workers in Italy and Maldives were repatriated and arrived at the Ninoy Aquino International Airport on April 25. The 336 OFWs from Maldives arrived via a chartered Philippine Airlines flight. They were stranded on the island nation due to the COVID-19 pandemic. The OFWs had to be fetched in Maldives since there is no embassy there. The nearest Philippine Embassy overseeing Maldives is in Dhaka, Bangladesh but there are no direct flights going there. Saturday night also it was busy again for the DFA & partner agencies as they gladly welcomed the arrival of 337 Filipino seafarers of the 'Costa Diadema', 'Costa Luminosa' and 'Costa Smeralda'. The flight was facilitated through the coordination of the PH Consulate General in Milan, the DFA-Office Migrant Workers Affairs and the Costa Cruises Management. All the arriving OFWs were interviewed upon arrival for their contact details and other information, and underwent a rapid antibody test for COVID-19 conducted by personnel in hazmat suits. The health condition of the OFWs were checked in Maldives and also before disembarking the plane at NAIA. No one exhibited COVID-19 symptoms. All the OFWs will undergo mandatory 14-day quarantine Those from Italy were brought to hotels while those from Maldives were brought to the World Trade Center. The DFA also repatriated OFWs from London, Madrid, and Cotê d’Ivoire, Ghana and Sierra Leone in Africa. A total of 610 seafarers working on the 'Queen Mary 2' arrived at NAIA in the afternoon of April 25.

On April 2 the 'Queen Mary 2' turned back in the direction of Durban with a report of a sick or injure) person on board needing a medical evacuation. The ship was nearing the coast off East London when it began to turn. In the morning it had sailed from the port of Durban. At 11 p.m. the vessel reached a position opposite Coffee Bay on the Wild Coast where the patient was taken off by helicopter, after which the ship turned south again and was now heading in the direction of the Cape of Good Hope at increased speed. The 'Queen Mary 2' had been on a World Cruise when the global coronavirus crisis ended the voyage untimely. The 'Queen Mary 2', however, did not have to alter her route or eventual destination, as the schedule involved the ship sailing from Fremantle, Australia to Mauritius, then on to Durban, Port Elizabeth and Cape Town before heading out into the South Atlantic and back to Southampton in the UK, and finally the USA. Instead, most of her passengers left the ship in Australia to be flown back home mostly in the UK and USA. 264 passengers remained aboard the ship for reasons generally related to being unable to fly. Along with them were 1,215 crew which included a number of South Africans, of whom six indicated they would like to leave the ship on arrival in South Africa. With this background, the ship duly arrived off Durban on March 27 after requesting clearance to berth to receive bunkers and stores. After necessary COVID-19 testing of a number of people on board, approval was granted on MArch 31 by the Department of Transport and the Port Health unit of the Department of Health, for the vessel to dock, refuel and allow the six crew members to come ashore. With that approval the ship then entered port at 2.30 p.m. and docked on the T-Jetty at O-O/P berths. On April 2 at 7 a.m. it departed from the port of Durban. The six South African crew members had disembarked from the vessel during her two-night stay in the port. They were among 27 individuals on-board including passengers and crew members who were tested for COVID-19 due to flu-like symptoms and/or contact with symptomatic individuals on-board. The results of all 27 were negative. However, the six South Africans will be required to self-quarantine for 14 days as a precautionary measure.

On March 27, 2020m at 7 p.m. the NSRI Durban duty crew launched the lifeboat 'Alick Rennie', accompanied by a ShipMed doctor, to rendezvous with the 'Queen Mary 2' at the outer anchorage off Umhlanga, Durban. The ShipMed doctor, under the authority of the Department of Health Port Health Unit and the Department of Transport, was tasked to carry out routine Covid-19 tests on board. On arrival at the 'Queen Mary 2' the doctor, wearing full PPE (Personal Protective Equipment), was transferred onto the ship. Following the sample tests that were collected, he was transferred back onto the sea rescue craft and brought back into the Port of Durban without incident. All precautions with regards to PPE and protocols, as outlined by the Department of Health, were followed during the operation. The operation was completed at 11 p.m. Report with photos: https://www.nsri.org.za/2020/03/nsri-assist-port-health-authority-in-queen-mary-2-covid-19-tests/